Edit
watch 01:36
We're Getting Mutants in the MCU - The Loop
Do you like this video?
Play Sound

Greendale is the home of Pat Clifton and the main setting for the series of Postman Pat.

It is a large, busy village located at the heart of the Cumbrian countryside. Running through the centre of the village is High Street, where Greendale Post Office is situated. At the edge of the village is the train station, home to The Greendale Rocket, and where Nisha Bains and Sara Clifton run a cafe there while Nisha's husband Ajay Bains runs a regular schedule on The Greendale Rocket to the nearby town of Pencaster.

Greendale Crag is located near the village.

Greendale is also known for its windy and narrow roads in the valley which can make Pat's rounds more difficult when they get blocked or full of impassable snow drifts.

Greensdale was inspired by the real life valley of Longsleddale, near Kendal in Southern Cumbria. 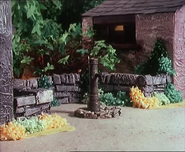 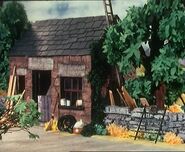 The Greendale Houses and Countryside[] 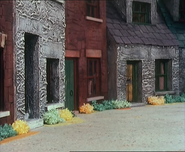 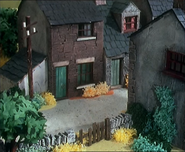 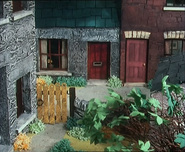 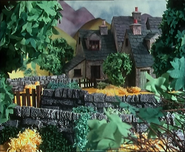 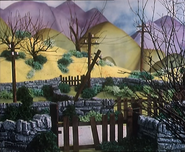 Some of the telephone poles in Series 1 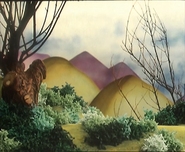 The hills and valleys of Greendale

Pat driving his van in the village

Some of the telephone poles in Series 2

Some of the houses with Christmas decorations

Greendale in the snow

An inflatable shark flying over Greendale

Greendale in the snow

The Post Office and some of the houses on display at the Waterside Arts Centre.

The model aerial set of Greendale at Mackinnon and Saunders' storage in Stalybridge.
Community content is available under CC-BY-SA unless otherwise noted.
Advertisement